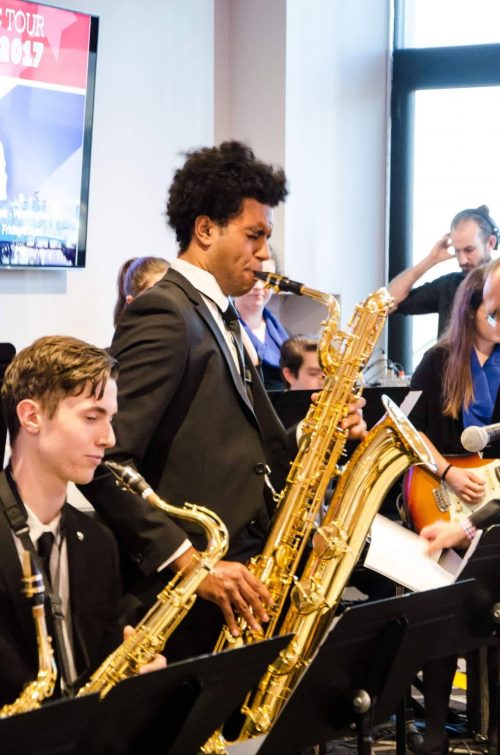 Saxophone
"When you play music you discover a part of yourself that you never knew existed." - Bill Evans

I love different genres and music styles, however, I am most fond of Jazz, Blues and Funk music, being that I grew up listening to those genres a lot. It was during my time at high school that I truly flourished, going on an USA Music Tour performing at BB King’s Blues Club in New York City, Carnegie Hall and at the John F. Kennedy Centre for the Performing Arts in Washington. In addition, I have performed at the Generations in Jazz Festival, Victorian Schools Music Festival and at the Royal South Street Competition in Ballarat. I have just began my first 9-piece Jazz and Funk band and am currently preparing for our debut performance at a Dinner Dance in May.

St Patrick's Live in the Saddle